Moscow Exchange is the oldest regulated trading venue in Russia, and has offered FX trading since 1992. The on-exchange FX market is the primary liquidity center for the rouble, and as such is a crucial element in Russia’s national financial system. In 2017, the Exchange’s share of the Russian FX market was 65% for USD/RUB and 72% for EUR/RUB trading.

In 2017, the share of currency conversion transactions reduced from 32% to 23%, while swaps trades increased from 68% to 77%. The decrease in volumes and reduced weight of foreign exchange conversions in the total turnover resulted in lower volatility in the USD/RUB exchange rate. Furthermore, after the Bank of Russia’s reduction of the key rate from 10% to 7.75% in 2017, foreign investment inflows into Russian rouble-denominated bonds showed a slight decline with a subsequent decrease in demand for conversion operations from international investors.

As at the end of 2017, there were 454 trading members of Moscow Exchange’s FX Market, including 374 banks, 60 professional securities market participants (brokers and asset management companies) and 20 large non-financial companies, representing a new category of trading members. The number of banks admitted to the market reduced (from 407 in 2016) on the back of continued consolidation of the Russian banking sector.

Expansion of the Client Base

For the first 20 years of its existence, Moscow Exchange’s FX Market was a purely inter-bank marketplace. Only Russian credit organizations (including international banks’ subsidiaries) were admitted to trading.

In 2012, the Exchange began transforming its business model: it facilitated a service to allow client access to the market and admitted brokers to trade alongside banks that let end clients such as Russian individuals and legal entities as well as international participants join the market.

In 2017, the Exchange took the next step forward in broadening its client base and offered DMA to Russian corporates not qualified as credit institutions or professional market participants. 20 companies became trading members by the end of 2017, with total turnover reaching RUB 265 bn (USD 4.6 bn).

Direct access for corporates to the on-exchange FX market helps increase market liquidity, while corporates can benefit from lower transaction costs and risks as well as higher transparency of currency trading.

As at the end of 2017, the FX Market’s client base included 10,600 registered non-resident clients from over 100 countries. In 2017, non-residents accounted for approximately 40% of spot turnover. Turnover generated by non-residents through SMA/ICM exceeded RUB 10 tn.

In addition to bringing new clients to the market, Moscow Exchange is working to improve trading volumes by stimulating liquidity and advancing order book quality.

In May 2017, Moscow Exchange reduced the required minimum displayed amount of an iceberg order to one million dollars (from five million dollars) thereby broadening the circle of participants trading big lots. Following the move, the share of trades arising from iceberg orders increased from 7% to 15%.

In June 2017, a new market making program was rolled out to support the most popular FX instrument on MOEX, USD/RUB with next day settlement. The program has attracted 12 market makers and helped narrow the bid/ask spread (by 0.2 kopecks to 1.4 kopecks per USD 1 million, and by 1 kopeck to 2.6 kopecks per USD 5 million) and increase the average trade size (by 10 lots to 105 lots).

In December 2017, the trading session was extended until 18:00 MSK (17:00 MSK before) for USD/RUB trading with same day settlement; the fees were cut for all long-tenor instruments (with maturities of over one week); the tick size was reduced for spot EUR/USD instruments and a new order type called “volume weighted average price order” (the “VWAP order”) was offered. 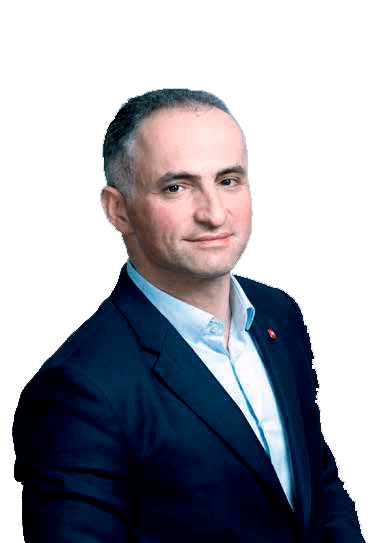 We successfully delivering on our strategy to expand the range of instruments available on the market, improve liquidity and provide access for the widest possible circle of customers with minimum risks and costs. We launched new derivatives contracts, enhanced FX and repo instruments and facilitated access for international investors. New facilities to trade on all markets from a single account and manage unified collateral, as well as cross-market margin requirements, has made trading more efficient and encouraged trading volume growth.
Igor Marich Managing Director for Derivatives and Money Markets

As part of its efforts to streamline its product offering, Moscow Exchange launched the Fixing Electronic Matching Service, which allows execution of trades at the MOEX FX USD/RUB and EUR/RUB fixings set daily at 12:30 MSK. CCP NCC, MOEX’s clearinghouse, provides clearing and settlement of trades.

The new offering provides Russian and international banks with a hedge against the currency risk of OTC trading in rouble non-deliverable forwards (NDFs).

In December 2017, as part of the Unified Collateral Pool project, the Moscow Exchange launched a new technology that allows FX Market participants to use the account and collateral, inclusive of securities eligible as collateral, from the Equity & Bond Market.